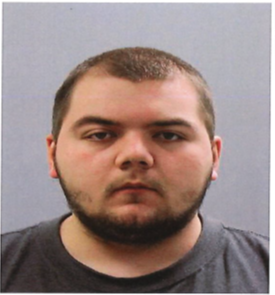 FREDERICK MAN SENTENCED FOR MURDER AND POSSESSION OF EXPLOSIVES

FREDERICK, MD – This morning in Frederick County Circuit Court, Joshua Eckenrode, age 20, of Frederick was sentenced by Judge Julie Stevenson Solt to a Life sentence with all but forty years suspended in the Division of Corrections on one count of first-degree murder and a consecutive suspended fifty-one-year sentence on a multiple count indictment of possession of a destructive device, possession of explosives without a license, and related weapons charges. Eckenrode entered binding guilty pleas in the March 2021 death of Curtis Mason Smith. The binding nature of the guilty plea agreement means that the sentence cannot be modified unless all parties agree. Upon release from incarceration, Eckenrode must serve five years of supervised probation including all standard conditions, education, evaluation, and testing for substance abuse, abstain from alcohol and controlled dangerous substances and abusive use and illegal possession of prescription drugs, random drug and alcohol testing, mental health evaluation and any treatment as directed, have no contact with the victim’s family and stay away from their residences and places of employment, and undergo GPS monitoring.

On March 19, 2021, members of the Frederick Police Department were dispatched to a missing person’s report in the city of Frederick. Later that night Curtis Mason Smith was entered into the National Crime Information Center as a missing adult. On March 20, 2021, the body of Curtis Mason Smith was located in his vehicle in the area of the 8100 block of Runnymeade Drive.  He suffered a fatal gunshot wound.  Through a joint investigation, detectives determined that Eckenrode and Smith agreed to the sale of a firearm at the defendant’s residence.  During the transaction, Eckenrode fatally shot Smith.  A search and seizure warrant was authorized for the search of Eckenrode’s residence that subsequently revealed firearms, assembled explosive devices, and bomb making material.

The investigation leading to the arrest and indictments of Eckenrode was a coordinated effort led by the Frederick County Sheriff Detective Joshua Stears and Frederick Police Department Detective Tyler Deatrich. Also assisting in the investigation was the Office of the Fire Marshal of Frederick County and the Bureau of Alcohol, Tobacco, Firearms and Explosives. The State was represented by Chief Assistant State’s Attorneys Michael J. Moore and Rebecca K. Clinton and Assistant State’s Attorney Samantha Slattery.