Domestic violence, also known as intimate partner violence, is a when one former or current spouse or dating partner seeks to maintain power and control over the other person using a pattern of abusive and manipulative behaviors. Domestic violence follows a three-phase cycle, the battering phase, the honeymoon phase, and the tension building phase. Domestic violence also almost always escalates in both frequency and severity over time. In Maryland, certain aspects of domestic violence are criminal offenses against not only the Victim, but the State. If an offender is charged with committing a crime against their partner, such as: attempted murder, assault, rape, stalking, revenge porn, protective order violations, the State’s Attorney controls whether and how a case gets prosecuted. Victims and witnesses are an essential part of the criminal justice process, and while the wishes of a victim/survivor are always considered during the prosecution, other factors will also affect the prosecutor’s decision on case resolution.

The following series of educational videos and tip sheets give an overview of each step of the criminal process, including who is involved, what rights crime victims have, what the victim’s role is at each stage, and how to make their voice heard in the process.

This stage involves minor incidents (slapping, verbal and/or psychological abuse) with increasing tension and fear of the batterer. This may be the time when a victim will seek out help through law enforcement intervention only to be told nothing can be done until violence occurs. The victim may:

During this stage, a violent episode occurs usually causing injury and sometimes resulting in death. This is usually the shortest phase lasting a few minutes to 24 hours. The victim may:

Environment becomes tranquil, maybe even pleasant. This may be the longest phase early in a relationship, but usually becomes progressively shorter over time. This calm environment may become quite brief with the tension phase beginning again almost immediately. The victim may:

The cycle usually ends one of two ways — in the death of the victim or a separation. If there is a separation the batterer often moves on to a new victim. 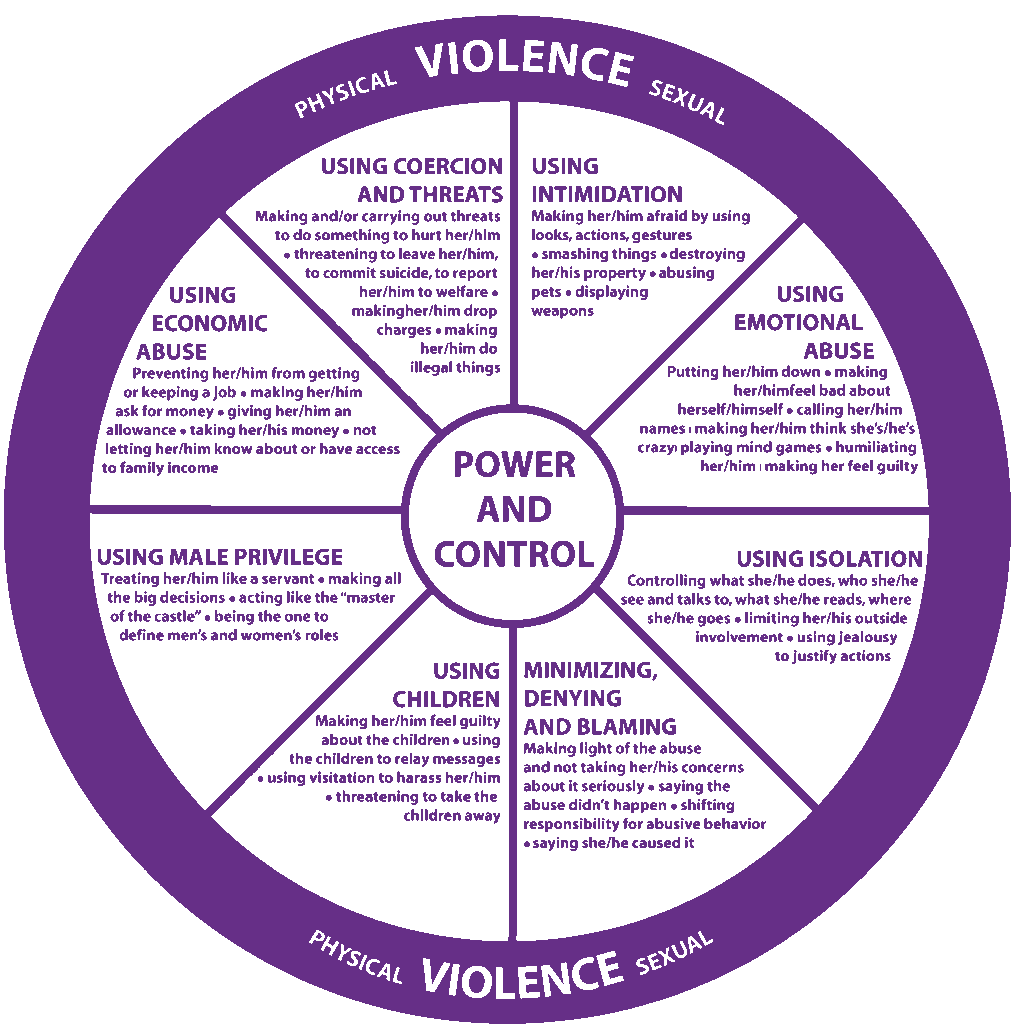 Domestic Violence: The Police Are Involved, Now What?

Once the police are involved, what can victims of domestic violence expect? This video details what may happen next including law enforcement arrival and arrest, bond hearing, and outreach from law enforcement, the State’s Attorney’s Office, and/or service providers, as well as victims’ participation in the process as a witness and limits on the offender contacting victims.

Domestic Violence Criminal Cases: What to Expect In Court

Participation in the criminal justice process can be stressful and scary for victims of intimate partner violence. Help victims feel more comfortable and supported by learning about the court and trial process ahead of time. In this video, learn what happens in court, how to prepare for a trial, who will be in the courtroom and what to expect during the trial.

Domestic Violence: I Think I Want to File a Restraining Order​

Filing a peace or protective order may be an important step in creating a safety plan with victims of domestic violence and their families. Learn the difference between different types of orders, how to file them, the types of protections that can be granted, and what to expect throughout the process.

Victims have rights to victims assistance programs, which includes crisis intervention services, counseling, emergency transportation to court, temporary housing and criminal justice support and advocacy. In this video, learn the eleven specific rights victims have in Maryland so that you can help victims of intimate partner violence.

Preparing Your Child to Testify in Court

Children who need to testify in court might be nervous and not know what to expect. Parents and guardians play important roles in helping children feel more comfortable. In this video, learn what is expected of children testifying during the trial process so you can better answer their questions and help them feel safe and at ease before, during and after court.

Cybercrimes: How Maryland Law Can Protect You

The internet, social media, messenger apps, email and other digital media platforms are often used by abusers to control and manipulate their partners. Understand your rights and learn how you can document and report instances of stalking, harassment and sextortion, in this video covering cybercrimes in Maryland.