On April 6, 2022, members of the Frederick County Sheriff’s Office Narcotics Investigation Section executed a search and seizure warrant on a room at the Best Western Motel located at 400 Prospect Boulevard in Frederick. The defendant was the occupant of the room and was placed in handcuffs. Investigators found numerous items indicative of drug trafficking including nearly 2,000 grams of marijuana in multiple baggies and containers, and a vacuum sealer that narcotics dealers often use for packaging drugs. Over 500 counterfeit pills containing fentanyl were recovered.  The pills were pressed and stamped to appear like oxycodone M30 pills. Additionally, a large plastic bag containing approximately 99 grams of powder cocaine was covered. Also located inside the bag were 50 oxycontin pills and a loaded Beretta Model 92FS handgun.  There was also an AR style pistol located under a mattress.  Over $3,300 was seized from the hotel room.

On March 9, 2022, the Frederick County Sheriff’s Office Narcotics Investigation Section executed a search and seizure warrant at an apartment in the 1300 Block of Baker Place East in Frederick. The warrant was obtained as the result of an ongoing drug investigation into the defendant, Blake Nivens. Nivens was at the residence at the time and placed in handcuffs. Investigators found evidence of drug distribution including numerous packages of marijuana, baggies of cocaine, pills, psilocybin mushrooms, a black Polymer 80 handgun with a high capacity magazine, nearly $14,000 in cash, multiple ID’s, cell phones, and paraphernalia.

The State was represented by Assistant State’s Attorney Kyle Kane. 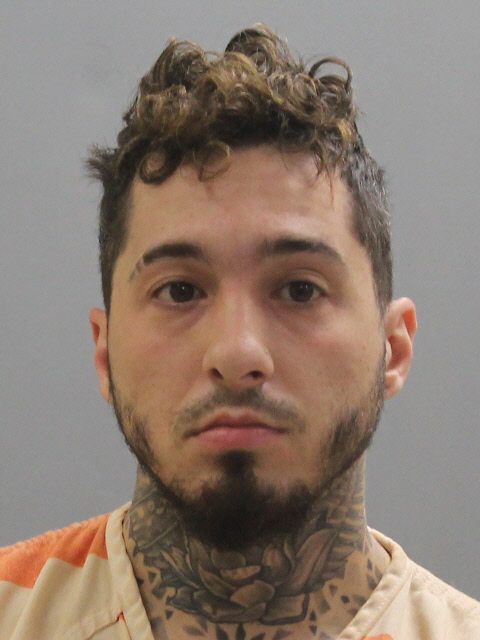