FREDERICK- The State’s Attorney’s Office indicted Rudolph Jericho Smith, age 36, of Frederick, with Four Counts of First Degree Assault, Four Counts of Reckless Endangerment, and Four Counts of Knowingly Transmitting HIV. The Frederick Police Department began an investigation into Rudolph Smith during the summer of 2017, when separate women disclosed their belief that Rudolph Smith had infected them with HIV. Frederick Police investigated and through witness interviews, established that Rudolph Smith was aware of his HIV-positive status as of 2014.  They executed a search warrant for Mr. Smith’s blood, and determined that he was HIV positive. Detective David Dewees confirmed with Mr. Smith after the search warrant, that he was in-fact HIV positive. Following that conversation, Frederick Police Department became aware that the Defendant continued to meet women on dating sites and have unprotected sexual relations with them without disclosing his diagnosis.

The defendant was granted a bond over the State’s objection, and is currently being held on $100,000 at the Frederick County Adult Detention Center. 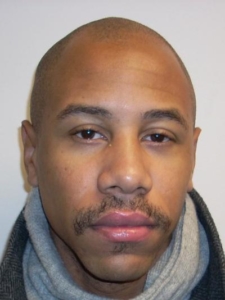 We are here with Chief of the Juvenile Division Laura Wilt and ASA Brett Engler for February's #nationalteendatingviolenceprevention month to discuss current issues and trends. ... See MoreSee Less

See you there!! You don't want to miss this event!! ... See MoreSee Less

According to the U.S. Dept. of Health and Human Services, each year, nearly 1.5 million high school students nationwide experience physical abuse from a dating partner. At a rate far higher than other forms of youth violence, teen dating violence impacts 1 in 3 adolescents in the United States through physical, sexual, emotional and verbal abuse.

If you have a question you would like Laura and Brett to address, please leave it in the comments section below. ... See MoreSee Less

State’s Attorney Charlie Smith and Chief Counsel Joyce King were in the nation's capital on behalf of the National District Attorneys Association to discuss legislative and policy priorities for prosecutors. #ndaajustice