FREDERICK-  This morning, the Honorable Judge Scott Rolle sentenced John Warren Compton, 37, of Emmitsburg, MD to 30 years in prison, suspending all but 10 years. The sentence comes after the defendant entered an Alford plea, acknowledging that the State had sufficient evidence to convict him. The plea agreement is for two counts of 3rd degree sex offense, and one count of sexual solicitation of a minor. Judge Rolle imposed additional conditions upon Compton’s release from prison. He must register as a Tier 2 sex offender for 25 years, 5 years supervised probation, have no contact with the victim or minor females under age 16, as well as undergo psychosexual evaluation, testing, and monitoring.

State’s Attorney Charlie Smith reacted to the plea stating, “It’s guys like this that we would like to put in jail forever. However, we have to balance the interest and well-being of the victim and her parents. Having to testify at trial and endure a possible appeal can often be very difficult. Notwithstanding that, we must seek a substantial prison sentence for these offenders.”

According to charging documents, Compton met the victim on Snapchat in July 2018. The defendant told the 12-year-old female victim that he was only two years older than she was. In August 2018, an arrangement was made for Compton to pick up the victim from her grandparents address in Gettysburg. The victim believed based on his stated age that he would be driven there by his parents. He subsequently took the victim back to his home in Emmitsburg and had sexual intercourse with the victim.

The State was represented by Assistant State’s Attorney Tammy Leache. The Frederick County Sheriff’s Office investigated the case with assistance from the Pennsylvania State Police. 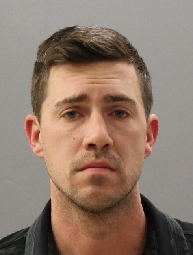 Wear Blue Friday April 3rd! Everybody wear blue on Friday and tag the Friends of the CAC or Child Advocacy Center of Frederick!! ... See MoreSee Less

The Mental Health Association of Frederick County is advising the community that their behavioral health services are now available via a telehealth platform online due to COVID-19. For more information visit fcmha.org . ... See MoreSee Less