FREDERICK, MD – Chris Lee Myers, 39, of Jefferson, Maryland was indicted by the Frederick County Grand Jury on one count of 1st Degree Murder in the homicide of his girlfriend. Myers waived his right to a bond review on May 3rd, and is currently being held at the Frederick County Adult Detention Center without bond. “Grand Jury is just the first step in the process of pursuing justice for this horrible domestic violence homicide. We are continuing our investigation, and I look forward to proving his guilt beyond a reasonable doubt,” stated State’s Attorney Charlie Smith.

Relatives of the victim, identified as Heather Caitlin Williams, 24, of Jefferson, Maryland, reported her missing at about 8:30 p.m. on Wednesday May 1st, when she did not arrive at her relatives’ residence as expected. Williams’ vehicle, a 2017 Ford Fiesta, was not at her residence on the 4500 block of Jefferson Pike when relatives went to check on her. Her relatives entered the home, and found Ms. Williams deceased inside the residence with evidence of substantial head injury.

Myers, who shared a residence with the victim, was arrested by the Baltimore Police Department at approximately 6 p.m. on Wednesday May 1st after being stopped for a traffic violation in the City. He was driving Williams’ vehicle at the time of his arrest. A search warrant of the vehicle revealed several items in the car with what appeared to be blood stains on them. The items presumptively tested positive for blood. The Victim’s cell phone and purse were also found in the vehicle.

Williams’ body was taken to the Office of the Chief Medical Examiner in Baltimore where an autopsy was performed and will determine the manner of death.

The State’s Attorney’s Office is urging anyone with information concerning the events or the parties to contact the Maryland State Police, Frederick Barrack.

An indictment is not a finding of guilt. It is merely a formal charge until and if the defendant is found guilty in a future judicial proceeding. All defendants are innocent until proven guilty in a court of law. 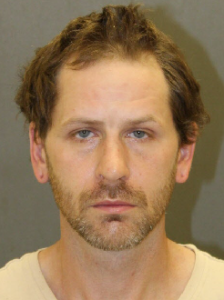 Frederick county's CAC Multidisciplinary team consists of professionals from diverse disciplines engaged in best practice, child-focused collaboration to address the needs of child maltreatment victims and their families while maintaining the integrity of investigative and prosecutorial processes.

The Child Advocacy Center will be highlighting a MDT member every month from a different discipline. including the State's Attorneys Office, Law Enforcement, Frederick Health Hospital, Department of Social Services and the Child advocacy Center.

July's spotlight is Lindsey Carpenter, Assistant State's Attorney. Thank you Lindsey for all of your hard work and dedication to our community and our MDT! ... See MoreSee Less

How to avoid internet fraud

MARYLAND (WDVM) — In 2019, more than three billion dollars was lost from victims of internet crimes. “As time goes on, this type of crime has increased,” explained prosecutor and ...
View on Facebook
·Share

Special thanks to the Frederick County State's Attorney's Office for sponsoring our 2nd Annual Recovery Education Golf Classic at Musket Ridge Golf Club on July 17! We are honored to have your continuous support of our mission! ... See MoreSee Less

CYBER FRAUD DURING COVID-19: June 22nd at 9:30am, we will host a LIVE ZOOM EVENT in partnership with Frederick County, MD Senior Services to discuss how local seniors can identify and avoid becoming a victim of online scams. The event will be hosted by Chief of the Economic Crimes Unit Jason Shoemaker.

CYBER FRAUD DURING COVID-19: June 22nd at 9:30am, we will host a LIVE ZOOM EVENT in partnership with Frederick County, MD Senior Services to discuss how local seniors can identify and avoid becoming a victim of online scams. The event will be hosted by the Chief of the Economic Crimes Unit Jason Shoemaker.

UPDATE: Dr. Ernesto Torres Out on Bond Sexual Solicitation of a Minor Arrests
Scroll to top